At Nilenso, we’ve helped Ashoka accomplish their initiative in building infrastructure for the citizen sector.

Infiniti is a suite of products envisioned for social entrepreneurs, the fellows at Ashoka and other citizen sector organizations to get a variety of quality data through crowd sourcing, surveys and market research.

Field agents responsible for carrying out these organized surveys face problems where there is often severe lack of proper mobile connectivity and even basic amenities. The data capturing tools therefore need to be really effective offline and should have the capability to synced to the central server once the agents return back to camp. 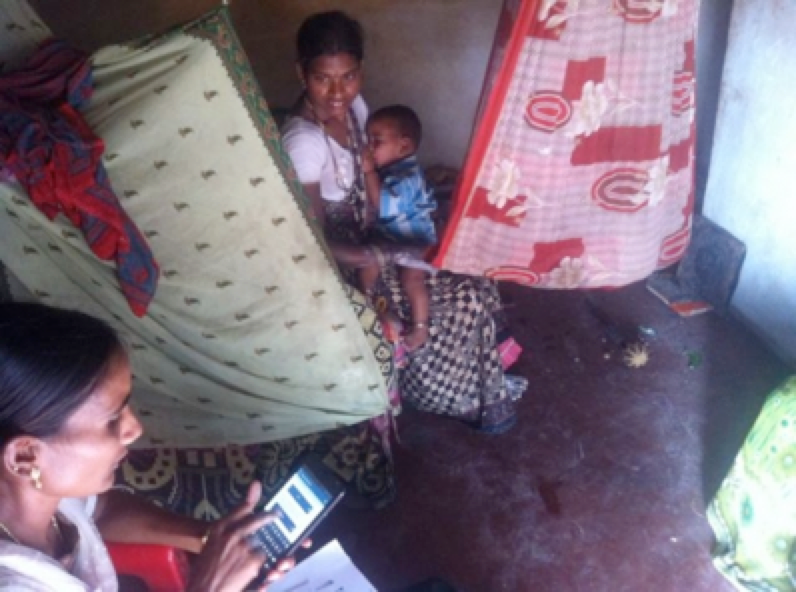 It is currently very much in use at Ashoka around these verticals:

And is largely composed of these ideas: 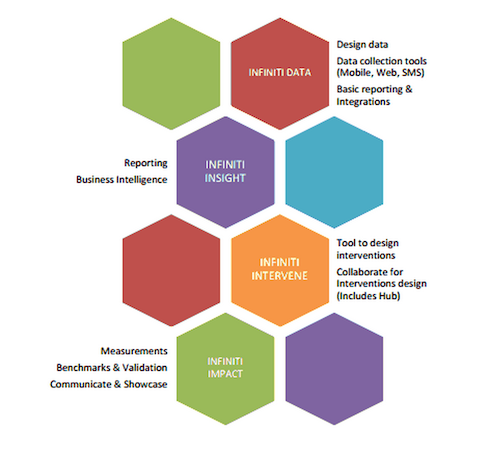 As a part of this, we built Ashoka Survey Web – one of the arms that takes care of data collection, validation, integrity and reporting.

How does Survey Web work?

It is a collection of these 4 applications:

The fellows at Ashoka first identify the problem sets based on the verticals mentioned above and create a questionnaire that will effectively capture the data necessary. Once that is done, they use the survey builder to quickly digitise them. These surveys can be shared with different registered organisations or shared publicly.

The responses are then collected by the field agents of the respective organizations using the survey-mobile application that can take validated answers client-side and store them offline. These can be synced to survey-web, once the field agents get internet connectivity.

Here’s a figure explaining the roles and interfaces of each of these applications: 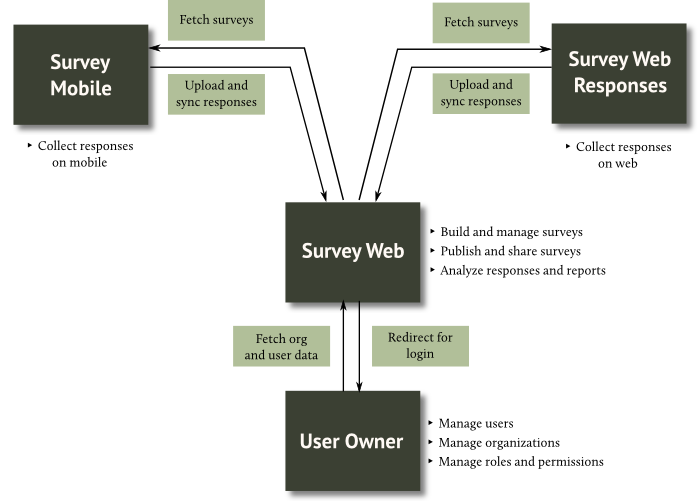 We created a quick one-minute screencast that describes a simple workflow on how a survey is created, how a response is taken on that survey on the web and some basic reports you can see around it.

Need for a separate auth app

The user-owner app was built to serve as a centralized auth provider for all of Ashoka’s web services. It is implemented using the doorkeeper gem.

Survey Builder amongst the alternatives available

Wufoo and Google Forms aren’t designed for long surveys. They work well for short forms/questionnaires that can be answered on the web, but they do not have support for nesting questions or collecting responses from a mobile app offline.

OpenDataKit doesn’t have a good interface for building long surveys or nested questions. It requires working with XLS files for many complex operations.

SurveyMonkey is a good tool, but we couldn’t use it since we needed complete ownership of the survey and response data.

The current survey builder works well and is pretty functional, but it fails on a few usability aspects.

We worked together with Accenture to come up with new designs and started working on rebuilding it last month. It is still in progress, and can be viewed from the create-v2 menu. The new visual designs are here.

The survey-mobile app is built with Titanium. We’re looking to move away from this to a native android app. You can read a bit about where we’re at in this post and checkout the mockups here.

Each survey conducted by Ashoka typically has about 300 responses. We currently have some basic reports built with google charts. But we don’t have the ability to say, interpret data of similar/same respondents across multiple surveys.

This is a separate project where the idea is to build connections between disparate sources of data and make sense out of them.

Each of these applications are entirely open-source, feel free to check them out on the nilenso GitHub page!